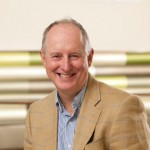 Professor John Plane is professor of atmospheric chemistry at the University of Leeds. His primary research interest is the aeronomy of the mesosphere and lower thermosphere region – kinetics of ion-molecule and neutral chemistry reactions, the meteoric metal layers, meteoric ablation, sporadic layers and noctilucent clouds. These topics are studied using a combination of laboratory techniques, satellite remote sensing, and modeling on a variety of scales up to full chemistry-climate 3D models. He is author of over 240 peer-reviewed papers.  In 2005 he was awarded the Royal Society of Chemistry prize in Reaction Kinetics and Mechanisms, an RSC Tilden lectureship in 2006, and the NSF CEDAR Lecture Prize in 2007.  He was Editor-in-Chief of the Journal of Atmospheric and Solar-Terrestrial Physics from 2004-10.  Significant research achievements in the last 3 years include: the first model of metallic ions layers in the Martian atmosphere which explain radio occultation measurements by Mars Global Surveyor and Mars Express (Whalley & Plane, Faraday Disc. 147, 349-368, 2010); a model of silicate dust formation in outflows from AGB stars (Plane, Phil. Trans. Roy. Soc. A, 2013 , doi:10.1098/rsta.2012.0335); and a new model of magnesium in the earth’s mesosphere (Plane and Whalley, J. Phys. Chem. A, 116, 6240-6252, 2012). Dr. Jeff Thayer is a Professor of Aerospace Engineering at the University of Colorado. Jeff specializes in geophysical fluid dynamics, gas and plasma interactions, thermodynamics, and electrodynamics applied to the upper atmosphere and geospace. This field of research has increased over the years as our society rapidly becomes more dependent economically and socially on access to space and space assets. Understanding the upper atmosphere and geospace environment is critical for our “space” society and indications are that this field will continue to grow. I also specialize in active remote sensing techniques employing engineering concepts to design, develop, deploy and apply laser radars (lidars) to upper atmosphere studies and apply radar techniques to geospace studies. The active remote sensing techniques engage engineering concepts and solutions with an acute understanding of the scientific purpose. This effectively bridges and balances engineering concerns with scientific expectations. Remote sensing is also a rapidly developing field with broad applications. 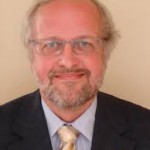 Dr. Franz-Josef Lubken received his PhD in Physics at the Physikalisches Institut der Universitat in Bonn where he studied sounding rocket mass spectroscopy and continued to a post-doc at the York University in Toronto, Canada where he developed of a tunable diode laser spectrometer for application on a research aircraft. Since then, he has been the author and coauthor of more than 160 scientific publications on atmospheric physics. Dr. Lubken has since been the Project Scientist of the following sounding rocket projects: SCALE (1993), ECHO (1994), AEROSOLE (1992-1995), RONALD (1995), TRAMP (1996), MIDAS (1999), ROMA (1999), ECOMA (2005). Since 1999, Dr. Lubken served as Professor for Physics at the Rostock University and the Director of the Leibniz Institute of Atmospheric Physics in Kuhlungsborn, Germany, where he supervised over 70 employees. Since 2002, Dr. Lubken has been a member of the program advisory panel of the DLR (German space agency) for extra-terrestrial research and a member of the advisory panel for Atmosphere and Ocean Research of the German Research Foundation (DFG), Chairman of the Atmospheric Coupling theme of SCOSTEP’s program CAWSES (Climate and Weather of the Sun-Earth System), Chairman of the priority program CAWSES of the German Research Foundation (DFG), and Chairman of ASAC (ALOMAR Science Advisory Committee).

Dr. Amal Chandran is a Research Scientist with the Geophysical Institute at the University of Alaska in Fairbanks and is also a visiting scientist at the Atmospheric Chemistry Division at the National Center for Atmospheric Research (NCAR) in Boulder since 2010. His primary area of research are in polar mesospheric dynamics and planetary and gravity wave interaction and influence on middle atmospheric circulation. Amal worked with data from the Cloud Imaging and Particle Size Experiment on board the Aeronomy of Ice in the Mesosphere (AIM) Satellite during his Ph.D., identifying gravity waves and their impact on polar mesospheric clouds (PMC) and quantifying regions of gravity wave “hotspots” in the polar regions. Amal also has extensive experience modeling the PMC microphysics and gravity wave effects on PMC generation and evolution using the two-dimensional Community Aerosol and Radiation Model for Atmospheres (CARMA 2D). Amal holds a Ph.D. in Aerospace Engineering Spaces from the University of Colorado in Boulder. He also holds an M.S. degree in Aerospace Engineering from Virginia Tech, an M.S. Degree in Aerospace Engineering Spaces from the University of Colorado, and a B.Tech degree in Mechanical Engineering from the University of Kerala in India.